(or warm standby architecture with IP failover in the Cloud)

Background and the Problem

As long as you have stateless servers that can run in active-active -configuration (that’s kind of build into stateless-nes) it is trivial to build highly available architectures by placing a load balancer in front of the servers. However when migrating legacy services to public cloud, it is not uncommon to run into software architectures that just don’t work with load balancing.

Typical problem is statefull server running a service that can be active only on single instance at the time with clients using an IP address to connect (not DNS name) because DNS caching would make failover too slow or unreliable. So you would need a static IP that could failover to active server.

IP failover may not sound too difficult at first, attach an elastic network interface (ENI) to your instance and if the server stops responding, detach and re-attach it to next instance with some Lambda -magic 🦄. But what if instances are in different AZs? 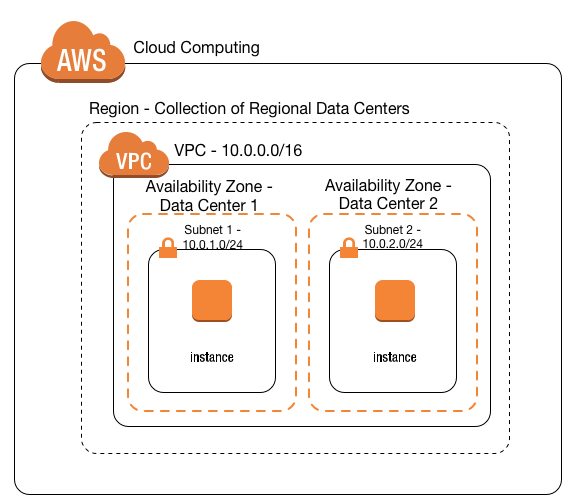 Best practice for highly available service is to have servers in multiple AZs, but ENI (and subnet) are AZ specific. As servers would be in different subnets, it is not possible to have the same private IP assigned to both of them, right? (don’t even start thinking about using public elastic IP and exposing servers to internet just because of IP failover)

Fortunately there is an easy way to setup IP failover between availabity zones.

Now let’s verify from an instance in the same VPC that connection to 10.10.10.10 is routed to serverA. For demonstration I’m using Nginx webserver but this could be any application listening to TCP/UDP traffic on instance.

Ping response time increased from 0.5ms to 1.0ms after switching from serverA to serverB. This is because the client and serverA are both in AZ-A but serverB is in AZ-B. To be sure 10.10.10.10 is really routed to serverB lets check I get different response than earlier …

Above example works only because

Similar works also in Google Cloud, and I think you can build something similar in Azure too(?)